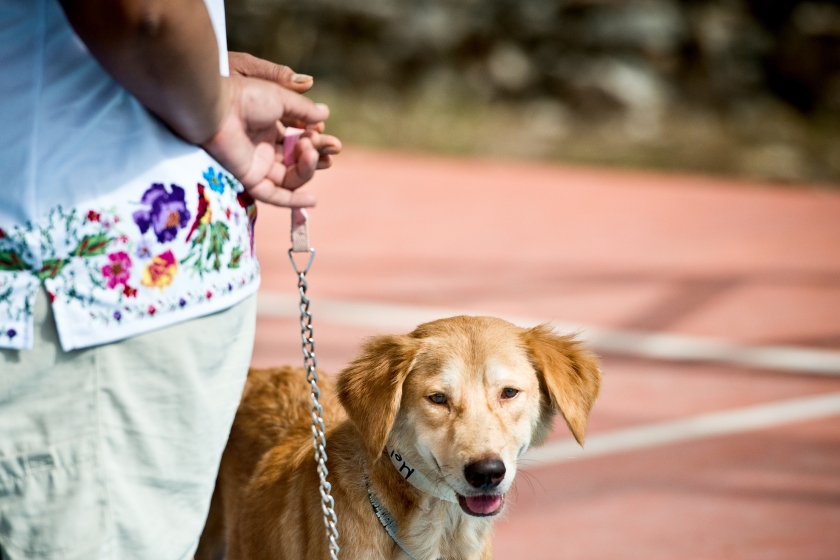 If you have been reading my blogs, you’ll know who Fitz is. If you have not, where have you been human? Let me catch you up. Fitz was (RIP buddy) a cheeky and friendly little dog who taught his human how to discover Merida through his eyes. One of the things they both discovered is that people in Merida love their furry friends, but sadly, the pet population is out of control.

So, with the help of their intrepid friends, Fitz, and his human, Leanna, created a beautiful book called My Days – Inspiration From  a Curious Dog and started selling it to raise money to pay for pet sterilisation in Yucatan. Every single penny from the sale of the book goes directly to spaying and neutering. Bucks for balls. That’s what I say anyhow.

Sadly, Fitz crossed the rainbow bridge not long after the book was published, but he left such an important legacy and it is making a real impact. Just recently, Hennessy’s Irish Pub had a gigantic St. Patrick’s Day party. I’m not quite sure I understand the green thing that humans do, but they seem to enjoy it and as far as I’m concerned, happy humans make me a happy dog.

Not long before the party, Hennessy’s announced that they had created a foundation to support important human and animal causes in Yucatan. Hennessy’s knows how to make helping the community fun. They had live music and authentic Irish food. All the money they made that day went to their Hennessy Foundation, which supports so many important human and animal charities in Merida.

The event seemed like the perfect opportunity to follow up with Fitz’s human, Leanna Staines, who was working hard at the party selling Fitz books. To be honest, it’s not that much of a difficult job because it’s such a lovely book. I wanted to find out what kind of impact the book and the funds that have been raised have made. All I can say humans is ‘Wow!’ Read on and let me tell you why.

The first edition of Fitz’s book came out in 2021. Since then, 480 copies have ben sold in Yucatan, Quintana Roo, and Guanajuato in Mexico. Fitz is a dog of international mystery, so the book has also been sold in the United States in Santa Fe, San Francisco, and New York. Now let’s get down to the nitty gritty. What does that mean in terms of ovaries and testicles? Or even tacos? That’s what I wanted to know.

Sit down before you read this in case you feel dizzy humans. A staggering $288,000 pesos has been raised and donated to fund 940 dog and cat sterilisations through the truly heroic organisations No Mas Perritos, AFAD, and Ester y Liza. Please allow me to point out that in ten years’ time, with the number of kittens and puppies that those dogs and cats could have created, Fitz will have saved millions of lives.

Hennessy Foundation are stepping up to pay for the printing of another 350 copies of Fitz’s book, which means even more animal lives will be saved and a new website is being created so people can order the book online. The book is a beautiful thing and makes a fantastic gift, so run humans, don’t walk, don’t dilly dally. Go and buy one. Tell them Sir Rodders sent you. You won’t get a discount but you’ll definitely get a smile. 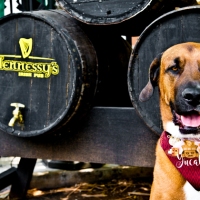